Toronto’s Festival of Beer took everyone’s breath away one sip of beer at a time. Held this past weekend – July 26-29, 2012 – at Bandshell Park at Exhibition Place in Toronto, the Beer Festival calls this park home.

The anticipation to get each day started was almost too much to bare for some; including ourselves. After three days of setting up more than 60 tents – every size and type you could imagine – we were ready to jump in with the other lucky festival goers. 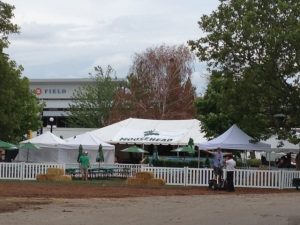 Tents as far as the eye can see

So much to do, so little time. Here are just some of the great areas that patrons got to experience:
•    Napoleon Grilling Tent which featured Rock Star Chefs from Toronto and surrounding areas
•    The Owners’ Lounge Tent which featured some of the owners’ favourite brews
•    The Social Media Tent where savvy online bloggers and socialites could sit back, relax and write/tweet/post about the event
•    ‘The Local’ Pavilion comprised of three huge tent structures which featured food and beer beverages from Toronto’s own backyard
•    Plus numerous Brand Experience tents that featured freak shows, live music and interactive games

The Bandshell was booming all weekend long with some incredible musical acts. Salt-N-Pepa took us back to the early 90’s with their hip hop roots, Kreesha Turner was the perfect Friday afternoon entertainment, Gentlemen Husbands played with great confidence delivering a tight set, and Frank Ryan, Hollerado & Big Wreck blew the roof off the stage. 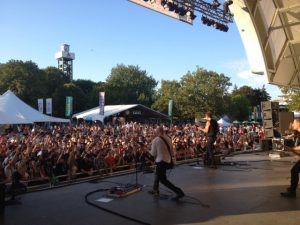 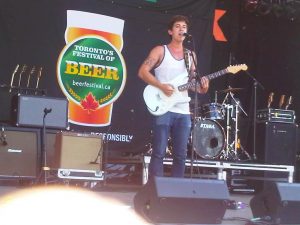 We took turns joining the masses taking comfort that we had everyone covered; exhibitors and patrons alike. We really look forward to being a part of this event each year so cheers to a great 2012. We will see you all next year!

Do you own, operate and execute a large festival that requires an extreme amount of tents and other event rentals/supplies? If so, contact us for a FREE estimate.